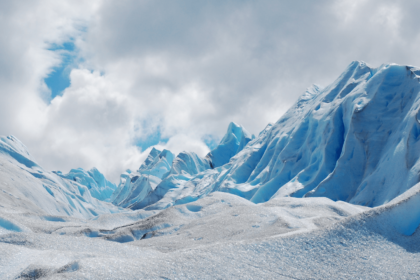 The food retail, foodservice and industrial cooling industries are in the midst of a momentous transition in their refrigeration system architectures. In an era driven by historic regulatory activity and the necessity to deploy sustainable systems, the number of refrigeration options available to these operators seems to be growing exponentially — and with that, an equal amount of confusion about what is the best future-proof system alternative. To get to what many call the “end game” of achieving compliance and meeting corporate sustainability objectives, more businesses are looking at systems based on natural refrigerants to help them achieve these goals.

The emergence of natural refrigerants must be looked at from a historical perspective, because in many ways it is a re-emergence.

In the 1980s, scientists discovered that CFC usage was causing a hole in the ozone layer. An international treaty was quickly formed called the Montreal Protocol, which aimed to phase out the use of these substances. However, in recent years, the HFCs that succeeded CFCs were found to be a significant source of global warming.

As a result, the environmental impacts of refrigerants are measured by two key factors: global warming potential (GWP) and ozone depletion potential (ODP).

While new synthetic refrigerants are being developed that offer lower GWP and no threat to the ozone layer, many of these are either largely untested or yet to be deemed as acceptable substitutes by global environmental regulations, such as those set forth by the U.S. Environmental Protection Agency (EPA).

Ammonia was among the first refriger­ants used in refrigeration applications. While its superior thermodynamic properties made it a logical first choice for early refrigeration systems, its toxic­ity requires the careful adherence to safe application procedures to ensure operator and customer well-being. With the advent of CFC refrigerants in the mid-twentieth century, the refrigeration industry moved away from R-717 in favor of lower-risk synthetic alternatives that offered com­parable performance characteristics. Even so, ammonia’s suitability in low-temperature applications has made it a mainstay in industrial, process cooling, cold storage and ice rink applications.

Propane is a hydrocarbon that was also identified in the early days of refrigeration as an effective refrigerant. Its high-capacity, energy-efficient performance and very low GWP are offset by its classification as an A3 (highly flammable) substance. But as synthetic refrigerants became available for many refrigeration
applications, R-290 was largely abandoned in lieu of its CFC-based counterparts.
Since the 2000s, R-290 has been regaining global popularity as a lower-GWP,
effective alternative to HFCs like
R-404A and HFC-134a — especially
in a wide range of low-charge,
reach-in displays.

CO2 is non-toxic and has proved to be a very effective alternative to HFCs in both low- and medium-temperature applications. CO2-based refrigeration
systems have been successfully deployed in commercial and industrial applications in Europe for nearly two decades. Because of its low critical point and high operating pressure (around 1,500 psig or 103 bar), CO2 refrigeration strategies — such as cascade, secondary and transcritical booster—must be designed to account for its unique characteristics. In light of current environmental regulations, the popularity of these systems has
increased significantly in North America in recent years.

When reviewing the brief application history of these refrigerants and their synthetic counterparts, it’s apparent that the search for the perfect refrigerant is an ongoing quest. It’s important to keep this in mind when evaluating natural refrigerants. Yes, efforts are needed to mitigate their associated risks and ensure their safe use, but natural refrigerants represent true sustainable alternatives without sacrificing performance.

In contrast, natural refrigerants are not only the benchmark for ultra-low GWP and ODP, they’re also acceptable for use in most refrigeration applications (subject to use conditions).

Necessity is the mother of invention

Today, the use of natural refrigerants is on the rise. Companies are taking a fresh look at them to achieve their sustainability objectives, whether that’s complying with environmental regulations or aligning with their customers’ green sensibilities. As technology continues to improve, equipment manufacturers are working closely with these forward-thinking companies to develop innovative solutions. This has resulted in several creative natural refrigeration applications that belie their traditional uses — like ammonia being used in supermarket systems and CO2 playing a larger role in industrial process cooling.

In September 2015, the Piggly Wiggly supermarket company opened a new 36,000-square-foot store in Columbus, Ga., that utilizes an NH3/CO2 cascade system manufactured by Heatcraft Worldwide Refrigeration. The all-natural refrigerant system uses an ultra-low charge of ammonia (53 pounds) located on the facility’s roof. The

ammonia condenses the CO2 and is circulated to the store’s low-temperature cases via direct expansion; the medium-temperature circuit is cooled by a CO2 liquid pump overfeed. Since the total refrigerant charge of the system has a GWP under 150, this store is one of 10 supermarkets in the U.S. to receive the highest certification level (platinum) from the EPA’s GreenChill Partnership. It’s also the fourth supermarket in the U.S. to use this NH3/CO2 cascade architecture.

In its first six full months of operation, this store consumed 28.5 percent less energy than a conventional outlet, translating into reduced energy costs of $33,170. The use of natural refrigerants also offsets the rising costs of traditional synthetic HFCs, which will only continue to rise as supplies dwindle. While the system does come in at a higher initial cost than a conventional system, the energy savings combined with the lower refrigerant costs for the lifecycle will likely result in a lower total cost of ownership. And with the growing number of utility incentives available for green technology, there will also be opportunities to mitigate these first costs.
From a safety perspective, it’s important to point out that this ultra-low charge of ammonia never comes into proximity with staff or customers in the store’s occupied space. A safety study performed by Heatcraft confirmed that there was no identified risk in the event of a catastrophic leak of the small 53 pounds of charge.

In cold storage applications, where ammonia has been the preferred refrigerant for decades, companies are also seeking to lower ammonia charges. As older ammonia

systems near replacement, many operators are evaluating the best option to expand their facility’s low-temperature capabilities. They’re accomplishing this by adopting NH3/CO2 cascade systems that not only utilize very low charges of ammonia, but also keep the R-717 circuit out of occupied spaces. There’s also a regulatory driver behind this trend.

To ensure the safety of systems that require more than 10,000 pounds of ammonia, the Occupational Safety and Health Association (OSHA) created the Process Safety Management of Highly Hazardous Chemicals (29 CFR 1910.119) standard. In recent years, these systems have been subject to rigorous inspections enforced by OSHA’s National Emphasis Program (NEP) on process safety management regulated industries. For owners and operators of these large ammonia systems, this means the added responsibility — and expense — of continuous record keeping in preparation for NEP inspections.

When major retailers like Target publically announce their intentions to use only propane in their self-contained units, it’s an indication that the perceptions about the mainstream viability of R-290 are shifting.

The smaller charge limits make R-290 a logical fit for Target’s smaller, stand-alone refrigerated display cases and coolers. All of this is part of the retailer’s pledge to become a sustainability leader in the food retail space.

In making this shift, Target has also asked contractors who might be working on propane-based equipment to seek the necessary training. Over the next six months, Target plans on opening a few stores that will use only stand-alone propane systems.

New article series to explore the potential of natural refrigerants

Sustainability objectives, first costs, energy efficiency, safety, main­tenance requirements and regulatory compliance: there are myriad factors to consider when choosing a modern refrigeration system — often eliciting conflicting opinions among decision makers within an organization. Whether you’re selecting 1,000 tons of refrigeration, or specifying a few walk-in coolers for a restaurant or convenience store, the number of system sizes and options can be daunting to evaluate.

To help your organization wade through the confusion and make these difficult decisions, I’ll be authoring an article series over the next several months that will look at the potential of natural refrigerants in modern refrigeration equipment. This informative series will start next month by focusing on R-290, taking a closer look at its applica­tions in small, stand-alone systems and other emerging architectures. Then, we’ll work our way to increasing larger retail and industrial architectures — all the while keeping you updated on the latest regulatory changes and sustainability drivers shaping this dynamic refrigeration landscape.

We cover all of our clients needs in the HVAC industry. 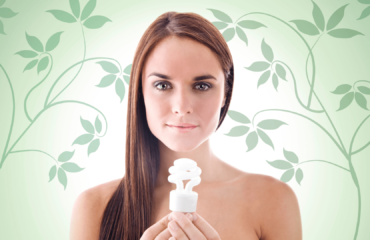 SAVING ENERGY IS A LIFESTYLE, NOT A DIET 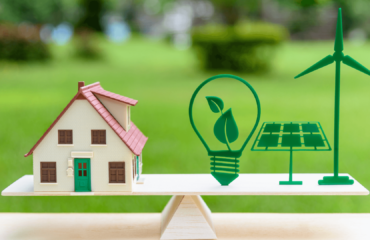